Lubby’s Continuing Pledge to Our Schools 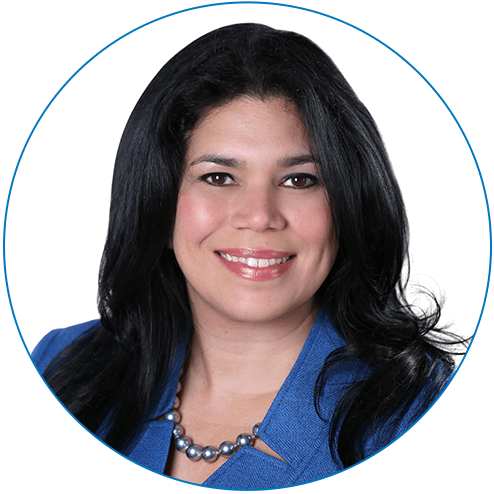 HONORABLE LUBBY NAVARRO, SCHOOL BOARD MEMBER, DISTRICT 7, was appointed by Governor Rick Scott on February 13, 2015, to fill the vacant seat representing Miami-Dade County School Board, District 7 and subsequently re-elected on August 30, 2016 with 79% of the vote.

Born in Havana, Cuba, Lubby has been a resident of Miami for nearly 35 years. She has resided in District 7, Kendall area of Miami-Dade County for over 22 years. For over 25 years Lubby has been committed to serving our community through her commitment to public service.

Lubby is a proud mother of a daughter who is also a product of Miami-Dade County Public Schools, and is currently pursuing her Bachelor’s Degree at Florida International University.

Miami-Dade County Board of County Commissioners, Chairman, Legislative Assistant to Board Chair 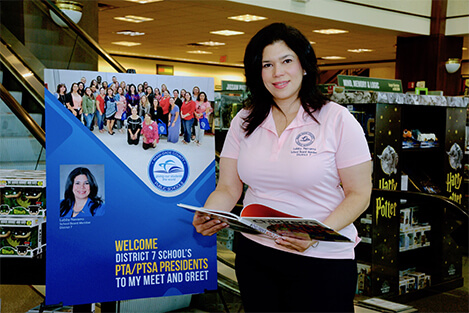 Lubby has broad community and civic engagement experience through her involvement in various organizations.

She was elected to serve as an officer of the National Association of Latino Elected and Appointed Officials (NALEO), Board in the position of Treasurer for the 2019-2020 term. She also serves as Co-Chair of NALEO’s National Latino Commission on Census 2020.

Serves as the Co-chair on the Communities of Excellence 2026 initiative for West Kendall, Florida.

Serves as a Member of the Greater Kendall Business Association

On June 16, 2018, Lubby was the recipient of the Enhancing the Political Influence of Hispanics by the League of United Latin American Citizens.

Appointed to the Miami-Dade County Value Adjustment Board, 2017 to Present.

Served on the South Florida Chapter of the Juvenile Diabetes Research Foundation, Miami Walk Committee, since 2013.

Served on the Executive Committee of the American Cancer Society, South Florida Chapter, for the Making Strides Against Breast Cancer Walk in 2012.

Served on the State of Florida’s Miami River Commission from January 2007 to January 2009, as the designee of the Miami-Dade County Commissioner for District 5.

Graduated from the Greater Miami Chamber of Commerce, Leadership Miami Program, Class of 2005-2006.

Served on the Miami-Dade County Redland Zoning Appeals Board.

Served on the City of Miami Gardens Excellence in Education Council Board of Directors.

Graduate of the Class V Leaders of Excellence of the Good Government Initiative at the University of Miami.

Served as member of the City of North Miami’s Haitian Earthquake Task Force.

Served on the National School Board Association.

Make checks payable and mail to:

Contributions are not deductible for federal income tax purposes.

On the Miami-Dade County Election Website you will find information on voter registration, locations to register, voting options, voting locations, key dates to remember for upcoming elections and much more.